You are here: Home / BethSheba Ashe 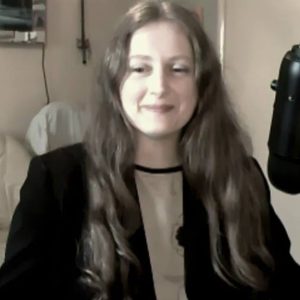 Bethsheba is 46 years old and was born in Newcastle ‎upon Tyne, in the UK. She currently lives an ‎hour outside of New York City and she has previously lived in Spain. Her other ‎works include the screenplay ‘Two Sun ‎Sunday’ (2012) and several non-fiction titles such as ‘Chariot’ (2016), ‎a book that discloses the secret of the ‎Jewish Merkabah and teaches people ‎how to use it with the Torah; and ‘The ‎Secret Temple of Aleister Crowley’ (2014), ‎which is an analysis of how the occult ‎magician employed the Merkabah within ‎his own magical order of the A.’.A.’.

BethSheba is the inventor of the world’s first logographic and alphabetical writing script – Galay (as featured on Omniglot). She is also an artist, designer and ‎photographer. Her other current projects are an author ‎recording of ‘Chariot’, a series of young adult novels ‘Five’, a non-fiction work on the origin and symbolism of the Tarot, and the ‎preparation of a series of commissioned ‎Japanese themed illustrations.‎